Online Open House | The Narrative Form of the Odyssey, with Kevin McGrath

We were excited to welcome Kevin McGrath for an Online Open House entitled “The Narrative Form of the Odyssey.” The event tooke place on Friday, August 14 at 11:00 a.m. EDT and was recorded. You can watch this recording on the Center for Hellenic Studies YouTube Channel or in the frame below.

To get ready for the event you can read the passages below from the Homeric Odyssey which are also included in the first of the two handouts, “Moral Odysseus”:

Mentioned during the discussion:

1. [Odyssey 1.26–28, 32–34, 65–71, 86–87] The other gods met in the house of Olympian Zeus, and the father of gods and men spoke first … ‘Oh my, how mortals hold us gods responsible [aitiói], for they say that their misfortunes come from us: but they receive their sufferings, beyond what is fated, by way of their own acts of recklessness [atasthalíai] … How can I forget godlike Odysseus than whom there is no more capable man on earth [in regard to nóos], nor more liberal in his offerings to the immortal gods that live in the sky? Bear in mind, however, that earth-encircler Poseidon is still furious with Odysseus for having blinded an eye of Polyphemus, king of the Cyclopes … therefore though he will not kill Odysseus outright, he torments him by preventing him from his homecoming [nóstos] … [87] We have made up our minds that he is to have his homecoming.’

[Odyssey 5.30–31] ‘Tell Calypso that we have decreed that poor enduring Odysseus is to return home [nóstos] …’

2. [Odyssey 24.477–486, 546–548] Zeus gatherer of clouds answered, ‘My child, why should you ask me? Was it not by your own plan [noos] that noble Odysseus came home and took his revenge upon the suitors? Do whatever you like, but I will tell you what I think will be the most reasonable arrangement. Now that Odysseus is revenged, let them swear to a solemn covenant, in virtue of which he shall continue to rule, while we cause the others to forgive and forget the massacre of their sons and brothers. Let them then all become friends as heretofore, and let peace and plenty reign …’ [547] Then Athena, daughter of Zeus of the aegis, assumed the form and voice of Mentor, and presently made an oath between the two contending parties.

[Odyssey 23.344] Then the owl-vision goddess Athena thought of another matter. 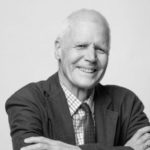