Roman Geography: Do all roads lead to Rome?

The classic example of cartography exercised as science is by Claudius Ptolemaeus of Alexandria (87–150 CE). The Romans, however, followed their own methodology, generally qualified as a decline relative to the Greek art and science of cartography, but with a logic that is the subject of this post.

The Ptolemaic approach comprised a system of orthogonal terms, being the coordinates of latitude and longitude. The advanced mathematical basis that is required to accurately project spherical surfaces onto a flat surface, made it suitable for large scale maps in the first place. The Romans, instead, used schematic maps of the Roman road system which detailed the distances between the settlements. Apart from that they had detailed knowledge of the local topography at the frontiers of the provinces.[1]

Ptolemaeus’ work Geographia was in the footsteps of Anaximander and Pythagoras (6th BCE), Parmenides (5th BCE), Aristotle (4th BCE), Eratosthenes (3rd BCE), Hipparchus and Polybius (2nd BCE), Poseidonius (1st BCE) and Strabo (1st CE). His maps were based on a now-lost atlas by Marinus of Tyre, but renewed using additional Roman and Persian gazetteers and new principles. His work represented the geographical knowledge of the 2nd-century Greco-Roman world.[2]

Pappus of Alexandria (c. 290 – c. 350) was one of the last great Greek mathematicians of Antiquity who commented on Ptolemy’s Canon. His work, however, did not lead to a revision of the maps. Eventually the work of Ptolemy was lost for the western world, but copies found their way to the library of Baghdad where the books were preserved and translated into Arabic (9th AD). In that form the manuscripts were rediscovered by Maximus Planudes (c. 1260 – c. 1305), a Byzantine Greek monk who translated the text into Latin and compiled the first new Ptolemean maps using the coordinates provided by that text.[3] 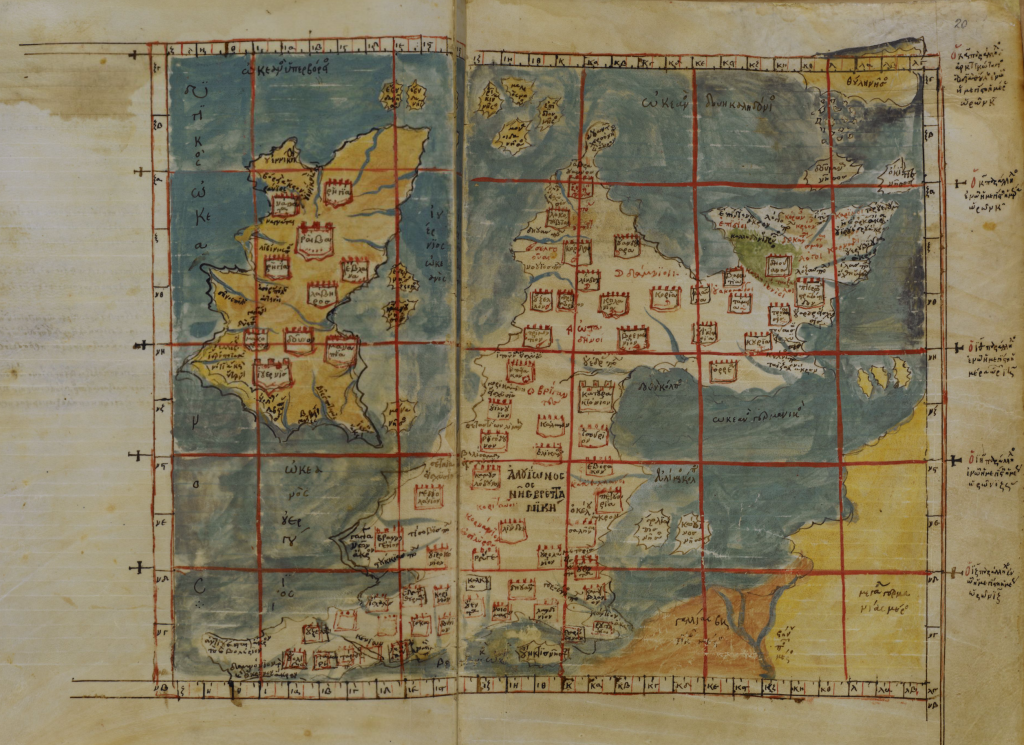 Figure 1: The early-14th century map of the British Isles from the Codex Vatopedinus 655, sometimes associated with Planudes.

One might envisage how the Roman Emperor and philhellene Hadrian (76–138) looked at the contemporary version of the carefully prepared maps; reviewing the latest position of the frontiers and rejoicing in the ever-expanding size of his Empire. However, most probably he did not do such thing, as the Romans followed their own methodology. Firstly, the Romans did not think in terms of physical geography, but in political geography. This means that the division into peoples was the relevant parameter and information about them could be as readily expressed in words as in maps:

It was people rather than the land itself that submitted to Rome, and it was peoples, whether allies or provincials, who needed to be controlled and defended… Emperors in Rome allocated resources to each area of the empire and gave orders for any significant advance or withdrawal. The detailed implementation of these instructions was left to the provincial governors, who then reported what they had done. [1]

This type of organization and strategic planning firstly required functional information to support the logistic chain and secondly it required detailed topographical knowledge of the distant location. For these reasons the Roman preferred not to think in terms of latitude and longitude, but instead to work with schematic maps of the Roman state-run road (cursus publicus) which detailed the distances (milia passuum) between the settlements. The maps were not intended to guide off-road travel, but then no state official, officer in charge of any significant body of troops, or even an ordinary traveler would choose to do so. [1]

The best surviving example of such illustrated itinerarium, or ancient Roman road map, is the Peutinger Map (Tabula Peutingeriana). The first idea for this type of map may have been based on a map

that was prepared under the direction of Marcus Vipsanius Agrippa, a Roman general and architect, and friend and ally of emperor Augustus. After Agrippa’s death in 12 BC, the map was engraved in marble and put on display in the Porticus Vipsania in the Campus Agrippae area in Rome, close to the Ara Pacis building [4].

This world map is also known from the Natural History of Pliny the Elder. We do not know, however, whether it was projected on a circle, schematic or oval, or, following the Ptolemaic fashion, in a terrestrial representation. The oldest known copy of the 4th-century Peutinger Map is dated 1265, a parchment scroll, measuring 0.34 m in height and 6.75 m in length. It is named after Konrad Peutinger (1465–1547), the Stadtschreiber (town clerk) of Augsburg, who brought it back to light and life after it was found “somewhere in a library” by his friend Konrad Bickel in 1494. [4]

The absence of detailed maps does not suggest that there was no central strategic planning in the Roman empire. In the contrary, the illustrated itineraria demonstrate that the pride of the Imperium, the network of roads, was functional; nothing better than this was needed to get the job done. [1] The long term effect of letting applied science prevail above theoretical science, however, was that during the late empire, Roman scholars became further and further removed from the sources of Greek geographical Culture and from the cartographical knowledge it had contained. The lack of interest in the Ptolemaic approach was carried along into the Middle Ages until it was rediscovered by Maximus Planudes (c. 1260 – c. 1305) —the Byzantine Greek monk that I mentioned in the second paragraph of this post—who therewith paved the way for new achievements. 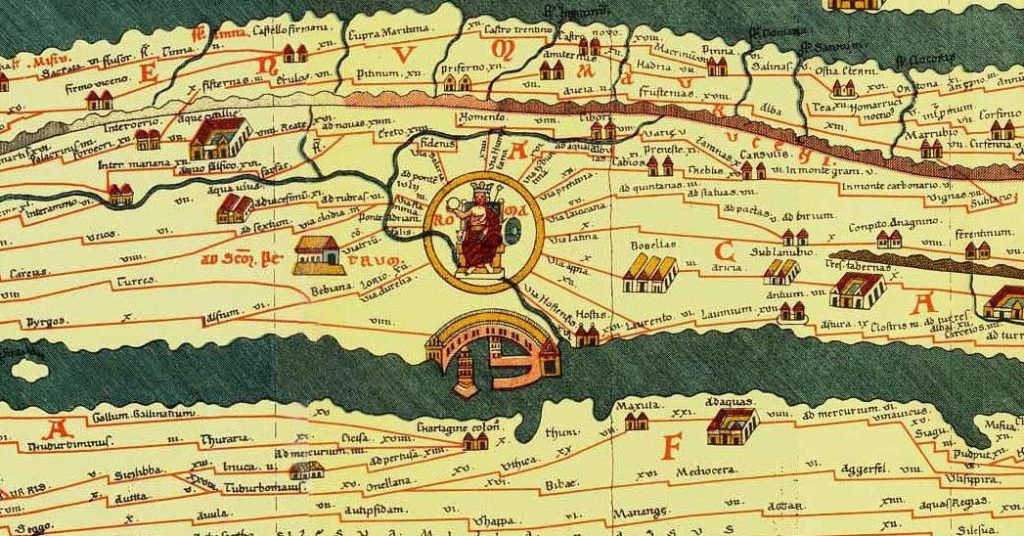 Figure 3: Tabula Peutingeriana (section)—top to bottom: Southern Italy, African Mediterranean coast (showing Rome as the seat of the crowned Emperor, and its harbor, and opposite of that Carthago)