The second great conflict between Rome and Carthage is the most well-known because of the famous Carthaginian general, Hannibal Barca. While this war, like the first Punic War, ended in victory for Rome, it is Hannibal and his elephants, crossing the Alps into Italy, which has captured people's imaginations. Read more 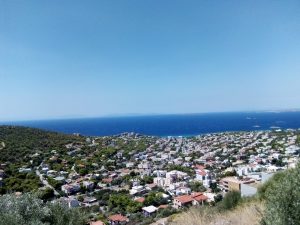 Emerging from the Cyclops’ Cave: Odysseus and Walter White, by Joel Christensen