The fate of the Aeneid: A burning question 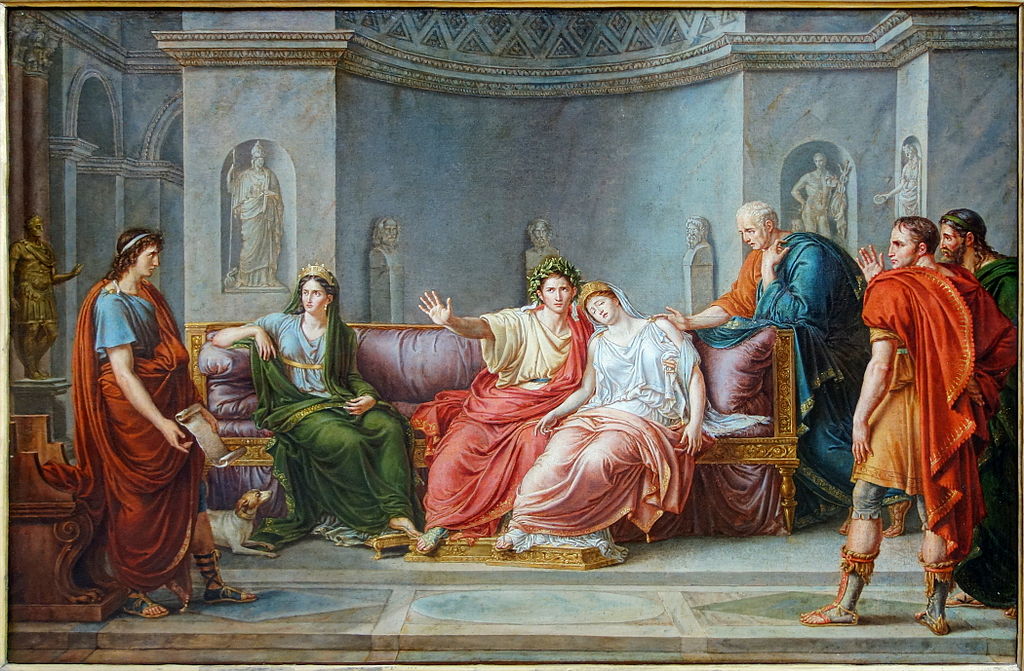 We have all heard stories of “book burnings” that leave us with a sense of horror at the irretrievable loss of priceless literary and artistic treasures. In some cases, as in the  burning of the Library of Alexandria, the true cause of the burning will probably never be known. In other cases, a specific political intent to suppress the content of the books is the cause, as in widespread book burning in Nazi Germany. But what is most puzzling is the destruction of their own works by authors, composers, or artists, often for complex reasons related to their posthumous reputation.

There might be various reasons for this type of “infanticide.” The destroyed works might be juvenalia that do not meet the higher standards of a mature artist. Or they might contain material that is embarrassing or of an intensely personal nature. Or they might simply have been unfinished, especially in cases where the artist’s modus operandi was to return to drafts of a work for final editing or polishing.

Throughout history some artists’ attempts to destroy their created works have been successful.  For example, Nikolai Gogol burned the second half of his magnum opus Dead Souls, having been influenced by a priest who persuaded him that his work was sinful; Gogol later described this as a mistake.[1] Johannes Brahms, an example of an extreme perfectionist, destroyed many of his early works, including a violin sonata that had already been performed, and once claimed to have destroyed twenty string quartets before he authorized his official first.[2]

In other cases a literary executor or family member refused to carry out the artist’s instructions, thereby saving invaluable works for posterity but failing to carry out a sacred duty owed to a person who trusted them. The predicament of the person who must make such a decision is exemplified by Max Brod, the literary executor for Franz Kafka. Brod refused to carry out an instruction that everything Kafka left behind be “burned unread,” believing that Kafka had given these directions to him specifically because Kafka knew he would not honor them.[3]

Another such example is Emily Dickinson’s sister, who had the good Virgilian name of Lavinia. When Emily died in 1886, she left Lavinia the instruction to burn all her papers. Lavinia interpreted her sister’s instructions to cover only correspondence and not the forty notebooks and loose sheets filled with nearly 1800 poems gathered in a locked  chest. Lavinia recognized their value and insisted upon having them published.[4]

The precursor of all these examples is that of Virgil and his epic poem the Aeneid. The story of Virgil’s attempt to have the Aeneid destroyed and of Augustus’ overriding of that instruction is well known. According to tradition, Virgil traveled to Greece around 19 BCE with the intention of spending his time there revising the poem. After meeting Augustus in Athens and deciding to return home, Virgil caught a fever while visiting a town near Megara. He crossed to Italy by ship, weakened with disease, and died in Brundisium harbor on September 21, 19 BCE, leaving a deathbed wish that the manuscript of the Aeneid be burned. Augustus ordered Virgil’s literary executors, Lucius Varius Rufus and Plotius Tucca, to disregard that wish, instead ordering the Aeneid to be published with as few editorial changes as possible.[5]

The principal source for this account is the second-century biographer Suetonius’ Life of Virgil, a work that was long believed lost. We have a fourth-century version of the vita by Aelius Donatus which is now considered to be based almost entirely on Suetonius’ account, although scholars have debated whether certain components are additions later than Suetonius.[6]

In any event, the reliability of Suetonius’ account is far from certain. According to one commentator, “Some of this sequence of events may be true; there are objections to almost all of it, however, and various ancient accounts of what Virgil had laid down in his will as to what should be done in case he died with the poem unfinished are strikingly inconsistent. The tale that Augustus saw to the posthumous publication of the epic that the poet himself had wished should be burned if he could not see to its completion is moving but may well be rather a long way from the facts.”[7]
The reasons for Virgil’s deathbed wish have been the subject of great speculation. The principal reason has been assumed to be that, because of its unfinished state, the poem contained faults that Virgil intended to correct. However, the only obvious imperfections are a few half-complete lines of verse that are metrically unfinished (i.e., not a complete line of dactylic hexameter).  As has been pointed out, “Some of them would be difficult to complete, and in some instances, the brevity of a line increases its dramatic impact (some arguing the violent ending as a typically Virgilian comment on the darker, vengeful side of humanity). However, these arguments may be anachronistic—half-finished lines might equally, to Roman readers, have been a clear indication of an unfinished poem and have added nothing whatsoever to the dramatic effect.”[8]

Another explanation, admittedly rather suspect, is that Virgil had come to dislike the passages in Book VIII in which Venus and Vulcan have sexual intercourse, because of its nonconformity to Roman moral values.[9] Of course, the passages in question can be seen as less offensive than the Homeric account of the adulterous affair between Aphrodite and Ares in Book VIII of the Odyssey.

Further intrigue can be found in various theories that involve the political relationship between Virgil and Augustus. Such theories take as their starting point the overtly political mission of the Aeneid, having been commissioned by Augustus to celebrate initiation of the new empire. Did Virgil have misgivings of a political nature about the new direction the Roman state was taking, and did he regret having devoted his talents in support of Augustus’ rule? Speculation along these lines has given rise to fictional accounts such as David Wishart’s 1995 novel I, Virgil.

One scholar has seen in the deathbed burning requests of such writers as Gogol, Kafka, and Dickinson an allusion to the tradition of Virgil’s death. Nita Krevins has noted the presence of four key elements: “First, the modesty of the poet designates the work as somehow imperfect–either incomplete, or generically imperfect. Second, the poet requests on his deathbed that the work be burned. Third, the biographer refutes the poet’s judgement and provides evidence of the greatness of the work. Finally, a patron or friend intervenes to rescue the manuscript and publish it posthumously.”[10] Thus in the circumstances of his death as in the quality of his lifework, the influence of Virgil on later poets continues to be incalculable.

As a postscript for those of you who are aspiring writers, Matt Cardin has given good advice for the burning of manuscripts in the digital age: “If you burn your only copy of a manuscript, you are making a statement: it’s over. There’s simply not as much drama moving a file to the trash bin of your computer as there is watching a conflagration smother your words. So here’s my advice to contemporary writers. Print a copy of that story you hate. Drag the file to the trash bin and make sure the file is permanently deleted. Then take that printed manuscript to a fireplace, or better yet, a bonfire. Set it aflame. Watch the paper blacken and wrinkle. Sometimes we need to burn our pasts, literary or not, to move forward. Trust that your words and secrets are safe, clouded in smoke, soon to become part of the sky.”[11]

Cardin, Matt. “On the burning of manuscripts in the digital age.”

Learning Lark: The House of Leaves – Burning 4 Creative Commons CC BY 2.0, via Flickr