Under discussion: Did Odysseus return to Troy? 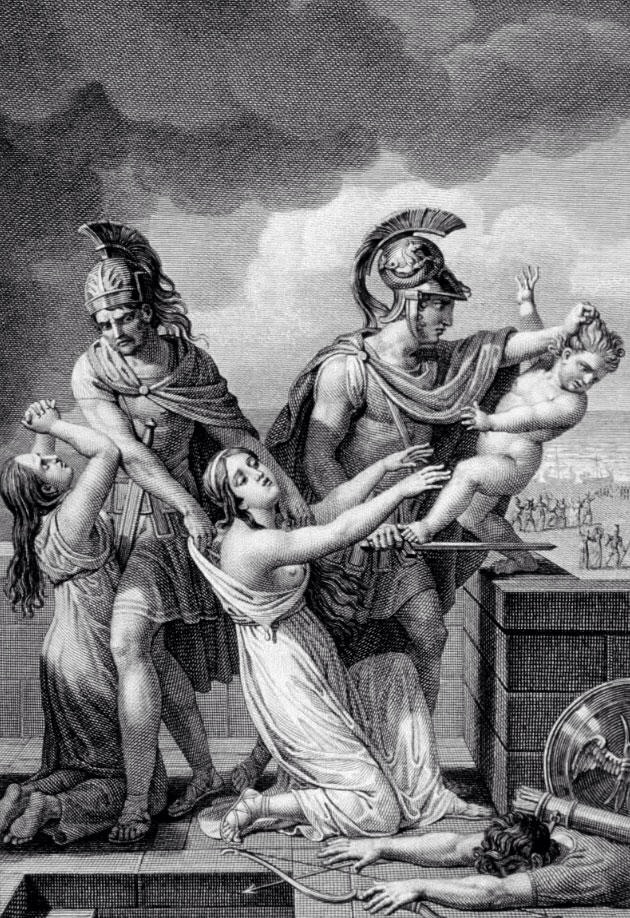 Did Odysseus return to Troy after his initial departure? And if so, why? The Iliad, which ends before the fall of Troy, gives us no information about the sack of the city or the departure of the Greeks. But there are some scanty details offered in the Odyssey and in the summaries of the poems of the epic cycle. In Odyssey 3 Nestor, in telling Telemachus about the last time he saw Odysseus, gives a brief account of the Greeks’ departure. Following a quarrel between Agamemnon and Menelaos, the Greeks split up. About half, including Odysseus, Nestor, and Diomedes, chose to sail away immediately with Menelaos, and the other half remained with Agamemnon to try to appease the gods for sacrileges that were committed during the sack. Nestor relates that, upon reaching the island of Tenedos, a second quarrel broke out, as a result of which Odysseus sailed back to Troy in order to make peace with Agamemnon.

We are not told with whom Odysseus quarreled or why. Two recent articles by Homeric scholars Douglas Frame and Benjamin Sammons have offered very different takes on Nestor’s account in the Odyssey and how it relates to the Iliad. Frame and Sammons both skillfully connect dots, fill in gaps, and see patterns that others have missed. Their different approaches offer us an opportunity to learn about the challenges and complexity of contemporary Homeric studies.

For those who are drawn more to character analysis than to textual analysis, the question of why Odysseus might have returned to Troy raises an intriguing possibility. We know from HeroesX that Odysseus wept uncontrollably during Demodokos’ third song exactly at the point at which Astyanax was killed. And we know that, according to Proclus’ summary of the Iliou Persis, Odysseus killed Astyanax. If we take those two passages in combination with Odysseus’ abrupt and unexplained return to Troy after a successful departure, we might see depiction of a character tormented by his own role in the sack and eager to join Agamemnon in setting things right with the gods. Was Homer’s reticence on the matter an effort to cover up his hero’s most shameful deeds?

Whatever aspect of Odysseus’ return to Troy interests you, you can join in our discussion.

[updated September 2020 to include links to articles]
Frame, Douglas. 2013. “Odysseus’s questionable behavior in Iliad 8″ at the Homer Multitext blog

Sammons, Benjamin. 2011. “The Quarrel of Agaememnon & Menelaus” at academia.edu

“Astyanax” being thrown from the walls of Troy, engraving, public domain, via Wikimedia Commons