Video Dialogue with Leonard Muellner on Homeric Hymn to Aphrodite

After the live chat, Professor Muellner joined us by video to share additional thoughts about his research on cosmic anger in ancient Greek epic. He was joined in this video dialogue by Janet Ozsolak, a participating member of Kosmos Society and a HeroesX Discussion Facilitator since the second iteration. Together they raise and discuss several provocative questions such as:

We invite you to continue this dialogue in the discussion forum.

You may also download an RTF transcript for this video or a PDF version: Leonard_Muellner_ Homeric_Hymn_to_Aphrodite (PDF).

Muellner is Professor of Classical Studies at Brandeis University and Director for IT and Publications at Harvard University’s Center for Hellenic Studies. Educated at Harvard (Ph.D. 1973), his scholarly interests center on Homeric epic, with special interests in historical linguistics, anthropological approaches to the study of myth, and the poetics of oral traditional poetry. His recent work includes “Grieving Achilles,” in Homeric Contexts: Neoanalysis and the Interpretation of Oral Poetry, ed. A. Rengakos, F. Montanari, and C. Tsagalis, Trends in Classics, Supplementary Volume 12, Berlin, 2012, pp. 187–210, and “Homeric Anger Revisited,” Classics@ Issue 9: Defense Mechanisms, Center for Hellenic Studies, Washington, DC, September, 2011. 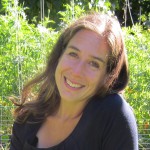 Fawkes is an artist, cartoonist, and archaeological illustrator living in Burlington, VT, where she teaches a course in comics at the University of Vermont.  She has drawn comics for Gregory Nagy’s translations of the Homeric Hymns to Aphrodite, Demeter, and Dionysos (and has plans for Hermes and Apollo as well).   A Fulbright fellowship to Cyprus resulted in the publication of two books, one of paintings, another of cartoons, both about Cypriot archaeology.   Her work may be found at glynnisfawkes.com.

Join us in the Project Chatroom between 2:00–2:45 EST (Boston, MA) for this special event.